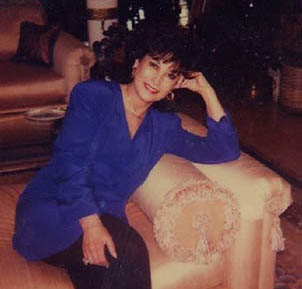 An Interview with Songwriter

I interviewed Annette Tucker recently. Annette, who lives in Los Angeles, is a major songwriter whose songs have been recorded by artists such as The Jackson 5, Frank Sinatra, Nancy Sinatra, Tom Jones, Sonny and Cher, Nana Mouskouri, Rick Nelson, The Electric Prunes, the Brady Bunch – the list goes on. Not only do her songs continue to be heard on radio, television and in films, but she continues to write new ones –  something she has done since childhood.

Ellen: Did you write mainly songs as a young child, Annette?

Annette: Not only songs, but plays as well. Starting in kindergarten, I wrote plays to be acted by other children at school or for me to perform as well. I wrote them down, acted in them and sang in them.

Ellen: You were first a singer before you became a songwriter?

Annette: Yes, I saw myself as a singer. Music was a very important part of my life from childhood onward. I took piano lessons for years and then studied with Jose Iturbi’s piano teacher. Jose Iturbi was a famous pianist who appeared in many movies. I was very good and infuriated my teacher because I chose to play by ear and once I heard the melody, played my own chords. I did not need the lead sheet.

Ellen: So really from very early on you were forging your own creative path?

Annette: It seemed to have come so naturally to me that I never even realized that my musical ability was unusual. I took it for granted and still do.

Ellen: When did you begin songwriting?

Annette: I became a songwriter as a result of an automobile accident  that I had as a very young woman.  I had to quit my job which gave me additional time to observe the creative process of the young woman who lived next door and who happened to be both a singer and a songwriter. I was completely fascinated by what she did and started experimenting on my piano myself –  just having fun. An unexpected knock on my door one day brought with it a whole new opportunity – Al Hazan, who had written many hit songs, happened to knock on the wrong door – my door instead of the one belonging to the woman next door.  So Al Hazan discovered me accidentally and we started writing songs together. He opened a whole new career for me as a singer and then a songwriter. We wrote three songs together and all three of them were recorded.  I was then signed to be a singer on a new label, Piper Records, for the song STICK AROUND that Al and I had written and which I sang. Next came appearances on many television shows – a career in both singing and writing.

Ellen: And that eventually led you to being recorded by singers such as Tom Jones, Sonny and Cher, Nana Mouskourri and Frank Sinatra. How exciting to have your song recorded by Sinatra!

Annette: My excitement when I heard that Frank Sinatra and Nancy Sinatra were cutting a song that I had written with Nino Tempo and Kathy Wakefield, knew no bounds. I could not sleep at all the night before the recording. But what a let down it was! They cancelled the recording because Frank wanted some lines changed and reworked. So it took a full year after that before Frank Sinatra and Nancy recorded our song, FEELING KINDA SUNDAY.

Ellen: And this time they did actually record it?

Annette: Yes, but once more a tremendous let down. We already had heard that Frank Sinatra did not really like our song but Nancy did and so she had persuaded him to record it. After the session was done, we were eager to introduce ourselves and tell him we were the writers of the song he had just recorded, but Sinatra walked out so quickly – brushed by us leaving us so deflated. He had just sung our song and we did not get the opportunity to tell him so!

Ellen: You have collaborated a great deal during your song writing career. Do you enjoy collaborative work?

Annette: I love to collaborate. Creating alone can be very lonely but with a collaboration, each person brings their own individual contribution to the process plus there is a shared excitement when for example, we get a line right. I stay in touch to this day with my co-writers such as Nancie Mantz, Kathy Wakefield, and Jill Jones.

Ellen: Have you ever been proven wrong in a collaboration, that is, what you think does not work at all, actually does?

Annette: Yes. I will give you an example: I did not like the second verse of the song, I HAD TOO MUCH TO DREAM LAST NIGHT that I wrote together with Nancie Mantz.  Well she disagreed. She was right and I was wrong because even though that song had only taken us about a half an hour to write, it turned out to be one of the most powerful songs I have written. All the original lines remained – including the ones by Nancie that I had wanted to take out. I was so wrong!

Ellen: Tell us more about the history of I HAD TOO MUCH TO DREAM LAST NIGHT.

Annette: It actually started out as a country song and ended up as a psychedelic Garage Band song.  Eventually, THE ELECTRIC PRUNES picked it up and created a brilliant and unique song with it that is considered a classic in its own field and has been recorded by over a hundred artists. Different versions have been created but I feel that the original Electric Prunes version is best!

Ellen: I should imagine you made more mistakes along the way. Right?

Annette: Yes. I wrote a song with Nancie called THE COMING GENERATION  and there were many people who wanted to record it including Glen Campbell who was a fabulous guitarist who played at all our sessions. Even though he did a lot of arrangements and was very talented, I had never actually heard him sing. So the publisher gave the song to the KNICKERBOCKERS to cut and their song, LIES, was the hit and ours became the B-Side. And shortly after, Glen recorded his first song which was huge – BY THE TIME I GET TO PHOENIX made him a huge star.

Ellen: There were other songwriters with whom you wrote as well.

Annette: One of them was Bob Merrill. I was introduced to him and he wanted to write songs with me. One of the most exciting things that happened to me in my career as a songwriter was that I was now going to write with the man who wrote PEOPLE, one of my favorite songs that Barbra Streisand had cut. He had written all the lyrics for FUNNY GIRL – one of my favorite Broadway shows. I was honored. We wrote a few songs together and then he asked me if I would be interested in writing the lyrics for LOLITA as a musical and we started working on it until it was put on hold. I will always remember this as one of the highlights in my career in music.

Ellen: What comes first generally, the melody or the lyrics?

Annette: Most of the time, it is the title or some lines. For me, these influence and direct the melody.

Ellen: You have been reviewed so often. Do you have a favorite review?

Annette: I have a particular favorite review that I almost entirely missed seeing – one that compared me to Carol King – and I only came across it about ten years ago when I started to explore Google. I was surprised at the quantity of reviews my work had received.

Ellen: Have many of your songs appeared in movies and on television?

Annette: So many and also in many commercials but I am seldom informed about that by the publishers. I was only alerted to the use of one of my songs in MEN WHO STARE AT GOATS by a friend who happened to see the movie. It is very exciting to hear my songs in movies or television. My songs have a life of their own. One example is I AIN’T NO MIRACLE WORKER which was a huge hit in Italy.

Annette: My very favorite song is MacARTHUR PARK. I just love HOW DO YOU KEEP THE MUSIC PLAYING? I love Bruno Mars, all the Barry Manilow songs, all the Neil Diamond ones and all the Motown songs. They were all great and of course so are One Direction, Taylor Swift, Carrie Underwood, Katy Perry, Lady Gaga. Lady Gaga’s songs that she did with Tony Bennett were really among my favorites. I can’t leave out Barbra Streisand. There are really so many.

Ellen: Do you enjoy teaching and is there anyone of your students who particularly stands out in your mind?

Annette: I love teaching and still teach. It is really gratifying to have a student who I feel has great potential, write a good song. Many interesting people took my classes, one being Diane Warren when she was very young and had just started off as a writer. I am very proud of what she did and feel I have a little bit of a part in it.

Annette currently has a hotline where she will help you with your songs: 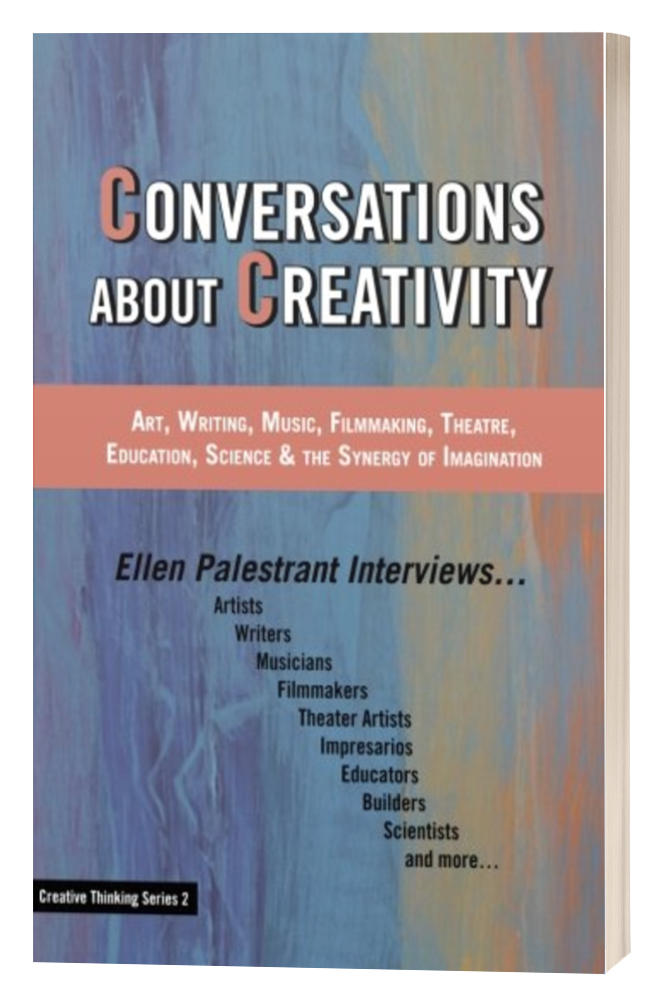 Read all Ellen’s interviews in one place in the Conversations About Creativity Book.

Her conversations with diverse creators give readers fascinating insights into the commonalities, the differences, the passions, the persistence and the joyful engagement found in the innovative process. There is no ownership of creativity which exists in many disciplines. These interviews are inspirational and catalysts for self-reflection and creative engagement.

Buy the Book on Amazon