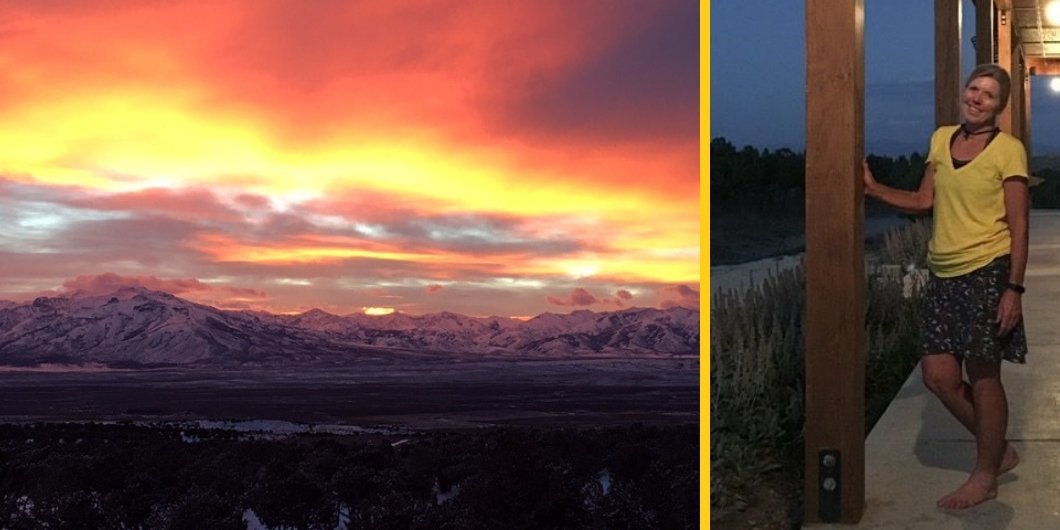 One can compare art education to the solid foundation for a house—
once it’s properly built, it will hold any shape or form you will place in it.

Actually starting a project with the commitment to its completion is in itself an achievement. Taking that decisive step to fulfill a strong urge to create a vision – shared or uniquely one’s own – is adventurous and brave. It might be a miniature artwork, a large painting begun on a blank canvas, a book, an organization that makes a difference. It might be a house.

Making Something of Inspiration

I am always impressed with people who go beyond ideas and actually bring them to fruition. I selected many such creative individuals for my book CONVERSATIONS ABOUT CREATIVITY and discussed with them both the origins of their creative stirrings and then their journeys to completion. None of the people I interviewed got stuck at the conceptual stages. They all made something of their inspirations.

I interviewed Thomas Houlon and Patty Barnes for the book: Their extraordinary intellectual, scientific and artistic mobile theater for ideas – a conception which they started from scratch about thirty-six years ago, has endured as the one-of-a-kind SPIRIT OF THE SENSES, now an institution in the Phoenix, Arizona area, nationally-known and written about. Thomas and Patty established a home for the curious who wish to explore new and evolving ideas. These stimulating salons take place within the individuality and warmth of some of the members’ homes – varied backgrounds for many varied, stimulating discussions. I have learned so much from attending them!

Beginning From Where You Are

Backgrounds, foregrounds and starting from scratch and bringing ideas to fruition – kudos to Thomas and Patty for building an enduring home for stimulating ideas: the SPIRIT OF THE SENSES. Kudos to all the impressive people I interviewed for CONVERSATIONS ABOUT CREATIVITY for their commitment to bringing their creative ideas to fruition! Take another one of my interviews as an example:

Shannon Pogoda of Elko Nevada: I had stayed at her and her husband Rob’s beautiful Airbnb situated in the magnificent vicinity of the Ruby Mountain range with its ten peaks all above ten thousand feet and its many alpine lakes. What a location to select to build a house by themselves from scratch and then offer hospitality to guests in the form of an Airbnb! If at the beginning, they felt intimidated by the prospect of the giant amount of work ahead of them, they sidelined any doubts because their vision remained constantly, their driving force.

Shannon and Rob, started off with an already-painted-and-continually-recreating, magnificent and rugged background with colors changing according to the time of day and the changing of the seasons. Imagine now creating a foreground worthy of such a background and then integrating it with the beauty of what was already there! Imagine starting to build a house in such a rugged environment from scratch!

So much goes into actually realizing a vision such as this: choosing the right location, orienting the house to where the sun rises and sets, laying the foundations, water supplies, drainage, powering it, ensuring that lines, angles, walls, roof, cladding, opportunities for views – everything is finally in place.  And then the decorating begins…

With Shannon, always in the foreground was her continued desire to express her individual visions, her environmental concerns and her aesthetic sensibilities. What stood out so clearly to me when I interviewed her, was that Shannon had grit. She is a finisher. Shannon, together with her husband Rob, built a straw bale house together from scratch. They hired no one.

“I developed the design and plans for the house over a several year period beginning many years before Rob and I met,” Shannon told me. “I knew that at some point, I would build my own place and kept a file over the years of ideas, notes, thoughts on floor plan layouts and exterior designs,” she said in my interview of her. “I had seen straw bale homes, visited Earthships in New Mexico, read up and stayed in log homes, and wanted to do something adobe-like—or straw bale—and in keeping with sound passive solar principles and healthy, non-toxic building materials.”