Beyond myself somewhere I wait for my arrival

My Glimpses or Hunches often arrive unbidden, outside my intellectual mind and outside self-consciousness. When I feel an instinctive attraction to these fleeting intuitive moments, they become my point of departure into the realm of my imagination where I roam freely without being hampered by the desire for a quick solution. Anything can be…

My personal WORLD OF GLIMPSE feels so right to me, familiar, knowable, a creative home where I lose all sense of time. “Our hunches demand no space other than what we have available in our heads. These hunches, which we all at times have, tell us we can achieve. They are the starting points to our creativity.” (HAVE YOU EVER HAD A HUNCH? The Importance of Creative Thinking) 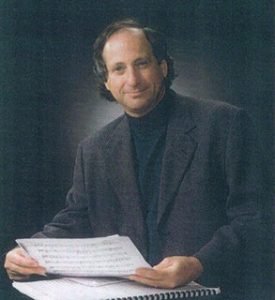 Aaron is an internationally acclaimed and award-winning symphonic film composer as well as an orchestrator, pianist and songwriter. His music, which has been used in a wide variety of movie and documentary film scores, continues to be heard on radio, television and film, the latest being the feature film, PROMISES. He has also lectured and taught music in workshops around the world and was recently acknowledged by the Maurice Ravel International Association of Italy as one of the best composers in the world.

Aaron sees the source of his music coming from an energy source outside his conscious mind:

Ellen: How do you create or compose? Is it more of an intuitive process?

Aaron: I either hear the music in my head or just start creating it while sitting at the piano as my fingers just seem to have a mind of their own and take over like automatic writing. I believe I channel music almost like a medium as if I were co-writing with some force beyond the physical world i.e. spirit. This may not be accurate, but it is what I feel and believe is happening. When I perform, I also feel like I go into some sort of zone or trance and I can feel the energy flowing through me. Time also just seems to disappear when I create and when I play. There is no left brain decision as to when to pause or to accelerate or crescendo. It is organic and it is something I feel, and I doubt I ever play my own music the same way twice.

Ellen: You are letting the music in, intuiting it – channeling it?

Aaron: Creating music for me is mostly an intuitive process, and as I had mentioned previously, it just creates itself and happens spontaneously as I sit at the piano. I have created an entire composition in just a few moments by letting my fingers go where they want. While playing I simultaneously hear melodies in my head that guide me as well.  (READ THE FULL INTERVIEW)

Glimpses of Possibility are fleeting and ephemeral. If you are open to them, you will capture your invaluable intuitive moments and even your intuitive flow. As Aaron A. Kaplan says in his interview, “it just creates itself and happens spontaneously as I sit at the piano”.

Intuition is the key to everything, in painting, filmmaking, business – everything. I think you could have an intellectual ability, but if you can sharpen your intuition, which they say is emotion and intellect joining together, then a knowingness occurs.