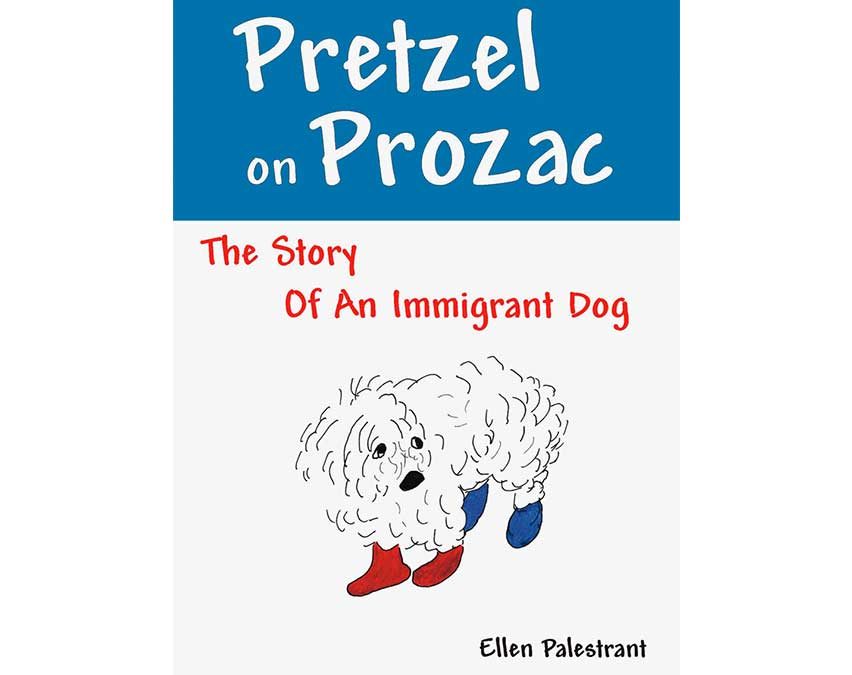 The art of Biography

Is different from Geography.

Geography is about maps.

But Biography is about chaps.

How does one combine aspects of one’s own autobiography with the biography of a beloved pet dog and also, an immigration story? It’s a challenge of course, but then, creativity is always about challenges – about stretching an idea in many unexpected ways with the hope of discovering the potentialities that lie within. Creativity is about seeking and originating something new. For my book, PRETZEL ON PROZAC, I decided to house it in a new genre – an autobiodography.

Why did I write about my little pet Bichon Frise? I think it was because he both moved me and amused me. Plus Pretzel had a story to tell – if only he could have. I imaginatively penetrated his emotions and combined aspects of my own immigration story with some of his biography – especially the aspects of him I found both humorous and poignant. I did not want to anthropomorphize him but to some extent I did. I feel that when people have deep connections to their pets, a certain amount of anthromorphism becomes part of the actual caring – and the fun.

Then there was the combining of Pretzel’s story with that of an immigrant’s. With a world so much in flux and the personal stories of immigrants, migrants and refugees barely surfacing amid the mass exodus of so many people, we all too often forget about the animals left behind. However, sometimes accompanying the fortunate individuals who have the opportunity to adjust to new homes in new lands, there are the lucky pets they brought along.

Pretzel was an immigrant pet but one without the capacity to readjust to changing circumstances. For the first few years of his life in Arizona, he was for the most part distraught. His anxieties overwhelmed him; even the sound of the dishwasher caused him to go into hiding. And as for being pricked by a Saguaro…

The first time Pretzel raised his back leg to urinate against a Saguaro, that great symbol of the American Southwest, he no doubt was pricked on the most delicate part of his under-belly. An assault by an assegai. Traumatic. (PRETZEL ON PROZAC)

Immigration is about RE-CREATION and adapting to new circumstances, environments and realities. We all are immigrants throughout our lives as we adjust to the vicissitudes of changing circumstances. Even if we don’t immigrate to another country, we do immigrate to different stages in our lives and that takes adjustability – a very necessary quality we either have or need to cultivate. Nothing is constant; life changes for all us, at times slowly, other times dramatically and irrevocably. Things are seldom static and we need to be flexible. Pretzel wasn’t. He could not accept change.

Creativity is about the acceptance of change. This happens even in the development of a story one is writing where the characters might take you to a situation you had not intended. It can happen while painting: something unexpected emerges on the canvas and you are veered off in an unexpected direction. One idea leads to another and then another and then, something new is born.

Each immigrant has a unique path

Initially, I simply wanted to write about Pretzel and our very special bond. He was such a lovable little dog – exuberant, funny, but so filled with anxieties that I constantly had a need to protect him from his numerous fears. But, as I explored his long life lived in two continents, I realized that Pretzel’s story had many underlying themes, particularly that of immigration – Pretzel’s, my family’s, other immigrants too, and my own.  His story also included our Maltese, Bailey, who too, had immigrated with us from South Africa. But, whereas Bailey embraced his life in the USA wholeheartedly and was always excited about new possibilities, Pretzel feared anything new.

Pretzel was routine-bound. He could not accept change. Eventually, he was in such despair that he refused to eat or drink. There were times that he had to be fed by a drip. Eventually, our vet felt there was no other alternative but to put him on Prozac. Pretzel then lived happily to the age of twenty.

So by exploring Pretzel’s new life in the USA, I was exploring my own immigration too, and thinking about immigrants in general and how their stories were similar and different. I also thought about how people attached to the so-called past-perfect (which was not all that perfect) are unable to value the present or feel optimistic about their possibilities in the future. And I was thinking about creativity.

Today, more than ever, the need for intelligent, creative, versatile, independent thinking is extremely urgent. Adapting to change is what creativity is all about and certainly what life is about. And as for Pretzel, his life finally changed because at last, he adjusted to his new circumstances.