CREATIVITY AND SCIENCE – DO THEY CONNECT? 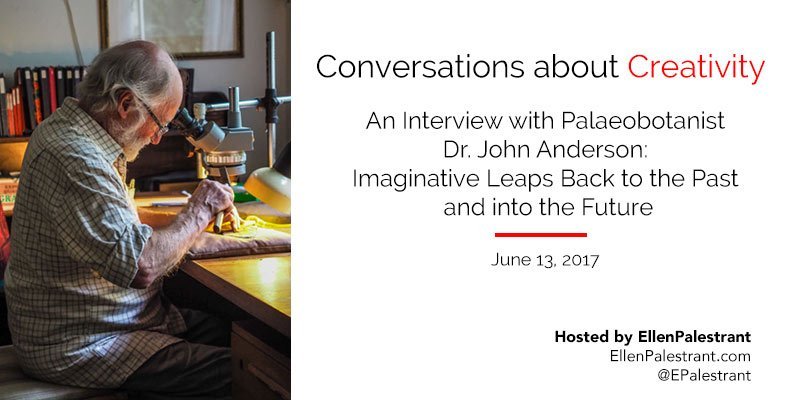 The most beautiful experience we can have is the mysterious – the fundamental emotion which stands at the cradle of true art and true science.

Over the years, I have had conversations about creativity with people involved in very different professions to mine and I have often been surprised at the similarities of our thinking. Sometimes, these dialogues have taken place in peoples’ homes or places of work, their offices or studios. Each venue has reflected much about the individuals themselves, their thoughts, their pursuits, fascinations, passions and commitments.

Homes and workplaces do tell you something about their inhabitants; their books, the art they collect, the furniture they have and the work they do are all facets of themselves. Homes reflect people and often give glimpses into human individuality.

You don’t always need to actually visit a person’s habitat to find clues about them. Sometimes, just by looking at a few photographs of their surroundings, you can learn a great deal about them. 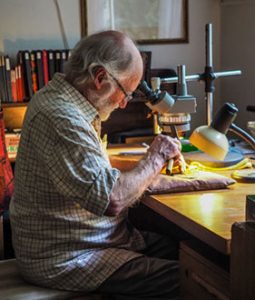 Take British-born, South-Africa dwelling, palaeobotanist John M. Anderson as an example. My only communication with him has been via email and the enjoyable correspondence between us has continued because of similarities of thought in sometimes unexpected areas. Creativity is one such area of connection which led me to interview him (and many other marvelously creative people) for my book: CONVERSATIONS ABOUT CREATIVITY: Art, Writing, Music, Filmmaking, Theatre, Education, Science & The Synergy of Imagination.

Through John’s photographs, I glimpsed his creativity in the way he curated his home with his art, his collection of books, as well as his fascinating assembly of his Molteno fossils discovered through his diggings and displayed on his very long worktable, all reflecting his passions. I shared these photographs in the book with readers.

John is a scientist and also a creator of meaningful and wonderfully assembled artifacts of the past – of all our pasts. Aspects of his home (both inside and outside) evoke John the scientist, the educator and also, the generous host: When I asked him how he tended to his garden sculptures and how they reflected his artistic side, his response was:

“Do pop across from Scottsdale, Arizona, sometime soon so I can take you on a guided tour of our 43 Outdoor Sculptures and 43 Indoor Sculptures. You’ll enjoy all the imaginative symbolism.

First, let’s head out along our garden perambulatory of 43 trails, circuits, ambits, byways and the like, to explore the outdoor works. Being assembled from rocks, stumps and living plants, most are pretty camouflaged. You wouldn’t really know they were there. I’ll mention just a handful here.

Then he invited me (albeit virtually) into the interior of his home to see what he calls “Millenium – an art assembly which tracks the evolution of Western civilization (1000-2000AD).’ This is just one of his 43 Amphitheatre indoor sculptures. “The water colour painting in the background” he said, “shows Table Mountain and False Bay”. This magnificent mountain in False Bay in the Cape of South Africa is for him “the most iconic mountain on Planet Earth – for a handful of reasons: geological, anthropological, historical and political. Then, there is the beauty, especially at sunset.”

Like John, one can bring beauty into one’s home and maintain one’s personal aesthetics and vision. John’s home reflects his relationship with history which though long gone, remains alive in his awareness:

Ellen: You have an amazing ability John, to take these mega-leaps back to the past and in the same way, project into the future. How do you see the future of the planet and what is in store for humankind?

John: True again. I have spent my life racing backwards and forwards through geological time. And I do wonder a good deal about Homo sapiens and our future as I look out towards Table Mountain (as just noted). Let me elaborate a bit: For most of our 200,000 years as modern humans, we appear to have taken a good many of our cultural leaps forward along the southern Cape coast, oftentimes, with Table Mountain out there in the distance.

With John, I have communicated cerebrally over the hemispheres through our common language: Creativity-Speak – our short-hand understanding of our lives of doing and of taking imaginative leaps:

Ellen: Imagination undoubtedly plays a big role in your work as a scientist.