CREATIVITY AND THAT AHA MOMENT 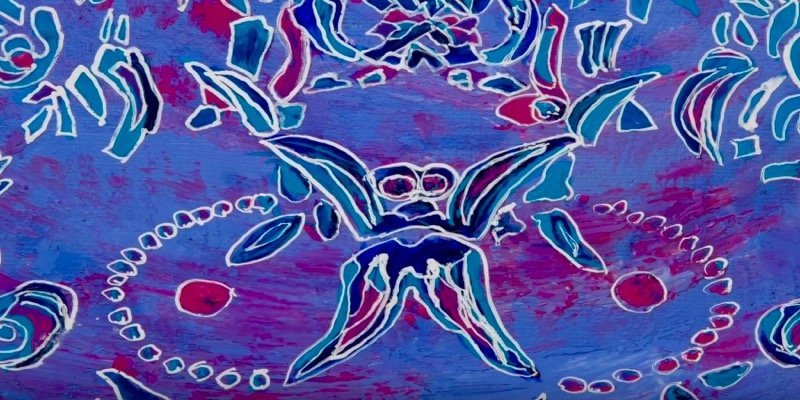 The aha or opening moment for a writer, an artist, a musician, a scientist – for many innovative people – can be that unexpected perception of something that feels just right – something that has the potential to be developed into an original form. That aha moment needs to be captured with alacrity – lest the fleeting Glimpse of Possibility is lost and forgotten. Many significant creative works have arisen from an opening moment that has been given its due.

We need to listen to these hunches of possibility because if we follow them, we might enter new creative worlds. Our hunches can direct us to embrace new and challenging projects and extend our creative agility. Over-thinking can be a creativity cruncher. It can lead to creative stultification. Respecting your aha or opening moments, however, and taking heed of the accompanying hunches of possibility, can transform the vague, intuitive idea into a novel, aesthetic, scientific or commercial product. “A hunch is thought to be right-brained, complete, yet it has to be developed, to be delivered from within to the exterior. It is subjective and primary, and it is the seed, image or prethought that if followed by your attention, often leads to discovery and creativity. The hunch, accompanied by a quick flash of recognition, a moment of clarity and an intuitive understanding of reality, is the epiphany.” (HAVE YOU EVER HAD A HUNCH? The Importance of Creative Thinking)

A flash of possibility can be ephemeral; it can disappear as quickly as it came. It is only by quickly capturing that sudden inspiration, that its creative potential can be realized because that sudden aha moment is always worthy of your respect, otherwise a creative opportunity can be lost forever. However involved your are in life’s other responsibilities, keep an aperture open in your mind for creativity so like Gumptious in THE WORLD OF GLIMPSE, you too, will create nonstop…

bubbles in my bubble shop.

from delicate singles to burgeoning doubles.