I CREATE… FROM MAUVE TO PINK TO YELLOW TO BLUE… 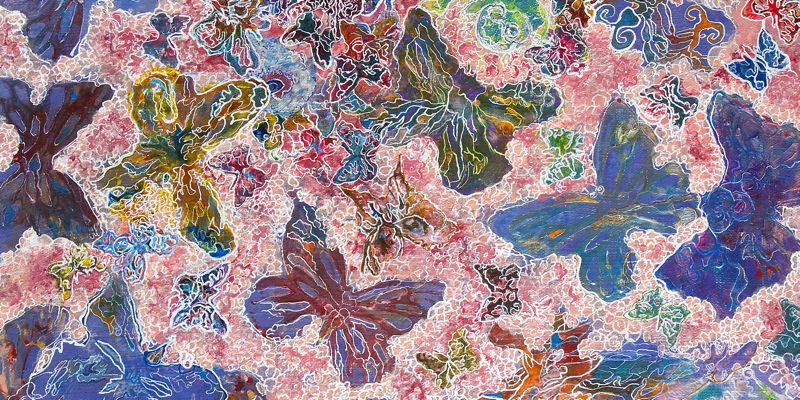 A musician must make music,
An artist must paint, a poet must write
if he is to be ultimately at peace with himself.

The stories of our lives are replete with creative potential. Therefore, many writers go back to their pasts in order to move forward. The remembered emotions of long ago occurrences can become reactivated quite suddenly by a variety of stimuli but now staged in a different arena – in the theaters of their minds. The old becomes new and what might have been sparked initially by a sudden memory glimpse, can result in a different story – a product of their ever-changing selves.

Although I choose to write fantasy where the major ingredient is of course creativity –  or should be – in doing so, I am also creating a work that has its basis in reality. Take THE WORLD OF GLIMPSE as an example: Even though it is fantastical, imagined, made up, invented, an escape into other realms of possibility through writing and painting,  there are without any predetermination, aspects of society as a whole, of politics and human foibles and certainly, aspects in many ways of myself in some of my imagined characters. And that would make sense because, after all, these Glimpsible characters emanated from me.

I am for example, a Lunaberry Moth. I, too, create from mauve to pink to yellow to blue – when there are no interruptions or other things to which I need to attend. I have found that the more I create… the more I want to create because one thought leads to another and then another. The hours, the days, the weeks… the years seem to merge as I delve into my own internal creative resources and discover, with a sense of freedom and joy, the material that beckons to me to create more from its intrinsic potential.

Indeed many creative people can’t stop themselves from creating – and nor do they want to. Between conceiving, daydreaming, imagining, originating and then, producing, they still find enough time to attend to family and to other responsibilities. They are always busy but they do lead fulfilling lives.

The creative lives of such individuals, are journeys of joyful discovery, of fun and optimism. Optimism, because they have realized that the creative resources within them are abundant and will not dry up; the only thing that might run out, is time, so they seize each moment they have, for further creative exploration. However long it takes to complete what they do, they never give up because of that relentless, gnawing drive within them to discover just what it is that they are compelled eventually to bring to the fore.

So, I, too, can sing together with the Lunaberry Moths of THE WORLD OF GLIMPSE