Life as a Trendsetter – As Featured in AZ Foothills Magazine 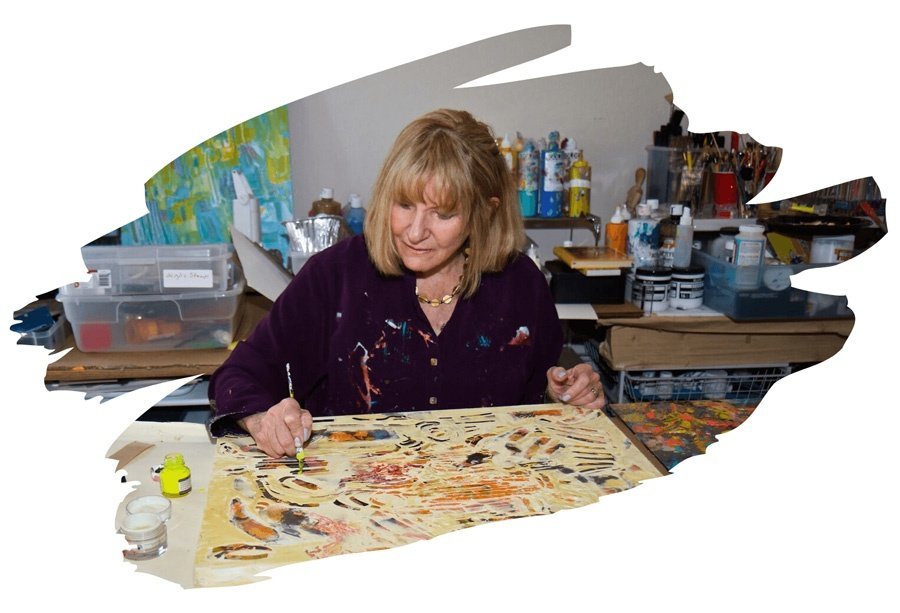 This has just been published in the Arizona Foothills titled: “Trendsetter to Know” and I thought I would share both the interviewer’s questions and my responses with you:

City you live in: Scottsdale

A typical day in my life includes… doses of reality & antidotes to the ever-unfolding news of large doses of positive creativity (unreality).

I was born… in Johannesburg, South Africa.

My favorite thing about Arizona… blue skies and mountain definitions.

I’m listening to… my intuitions, suspending my judgement (even for just a while) so that I can follow paths to wherever they might lead me, always knowing that I have the independent choice to make up my mind.

My family… are among the nourishing sources of my joy, strength and creativity.

If I could have dinner with anyone, it would be…someone from whom I might gain original and perhaps unexpected perspectives – and also someone who doesn’t talk with a mouthful of food.

One thing I cannot live without… is thinking independently and being forever creative, be it in the form of my writing and painting. I love to capture fleeting and almost elusive thoughts and visions because often, they present a beguiling puzzle which I just have to solve.

When I was younger, I wanted to be…an actress. I studied speech and drama and performed on stage from the age of six to sixteen and then for some reason, gave it up. However, I have used that ability to enter, fully, different roles in my entire professional life. We might each be one person but we have many aspects to ourselves and can move into them when required.

I’m inspired by… realistic positivity, other people’s creativity and the risks of the creative leaps they have taken. It’s never easy and I applaud them for their courage.

The one person who motivates me is… myself – by that, I mean that I am self-challenging. I am my own hard task-setter and I seem to honor what I tell myself to do, however difficult, initially, it might appear to be. I mean, who needs to sleep?

If I could change anything in the world, it would be… a world of positive, independent thinkers who honor the wonders of nature rather than narrowly focusing on what, all too often, is self-serving, shallow, mindless materialism.

The perfect day would be… 36 hours long and it would include brilliant blue skies, lush vegetation, many hours to create and time also, to be with people whose company feeds you – and I don’t mean food; I mean emotionally and/or intellectually.

My first job was… as a teenager, packing crockery – without breaking a single cup or platter –  at a department store. I never broke anything!

My favorite escape… actually walking by the sea or imaginatively, reliving that feeling even when in a semi-desert.

My life…has been very varied from both the point of view of where I have lived (three continents) and my different professions from teaching to television script writing, movie production, book writing, hydroponic farming, game inventing, and of course, painting. Much of these do integrate or at least,  in some way, connect.

I’m currently working on…3 poetry books which are largely humorous and satirical. I have, so far, completed the illustrations for one of them and there are two more to go. Love doing this!

Always…retain your freshness of vision.

Never…only focus on the negative.

not who you ain’t,

what you is, you is

Biggest Dream… almost but not entirely unrealistic – a peaceful world of positive, international, national, societal and family collaboration (encompassing individual and collaborative creative) with the cessation of “otherism” –  a name I coined for a college class I taught, meaning the propensity to look at anybody different as an “other” rather than focusing on our commonalities.

My Pet Peeve(s)…Insincerity in any form it might take.

More About Ellen Palestrant:
I am a South African-born writer, artist, and filmmaker, currently residing in Arizona. I was educated in South Africa and Britain and immigrated with my family to the USA in 1987.

I began painting about 12 years ago and my art has been exhibited in a number of galleries. I am the author of more than a dozen published books ranging from fiction/fantasy to poetry and non-fiction, many of which I have illustrated. It has been my pleasure to have written and lectured extensively on the subjects of creativity.

If you prefer, you can see the original article in AZ Foothills here: https://www.arizonafoothillsmagazine.com/people/authors/trendsetter-to-know-ellen-palestrant