RAINBOWS OF THE MIND 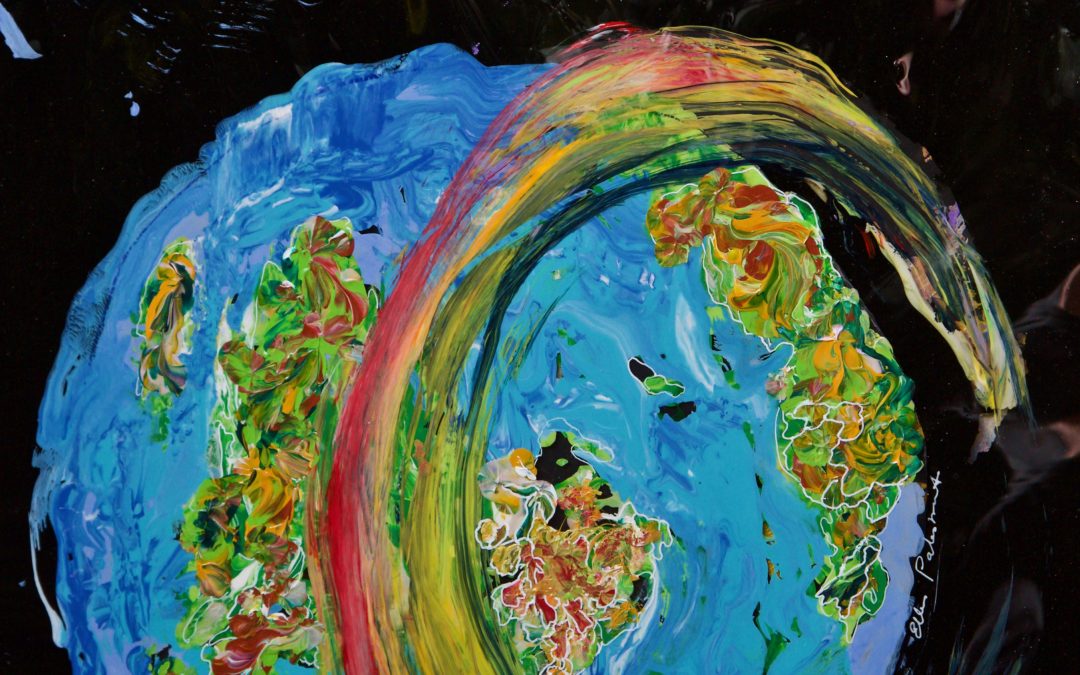 Be thou the rainbow in the storms of life.
The evening beam that smiles the clouds away,
and tints tomorrow with prophetic ray.

I like to think that I have a place in my mind for an imaginary rainbow to dwell – my own internal color spectrum. I also would like to think that it has been born because of my choices (wherever possible) to center on positivity, productivity, creativity and joy. Rainbows of the Mind might be an illusion – but a beautiful, multicolored fantasy resembling strongly, the rainbow that we see arched in the sky.

The actual rainbow we observe in the sky can be seen in the right conditions such as at an angle of precisely 42 degrees. Also, to notice it, we’d have to be looking at a time when the sun in one part of sky connects with the rain falling in another part of the sky. The rainbow – like creative intuition – is time-specific and can be momentary.

So glimpses of possibility in our own internal rainbows, just like external ones, need to be valued and captured because they are fleeting. Furthermore, we might want to be on the look-out for them because there are many places that they can be perceived, not only in the sky but also, in waterfalls, in mist, in fog and, depending on the right conditions – in the haziness of our night dreams, daydreams  and thoughts.

I TOUCHED A STAR IN MY DREAM LAST NIGHT

I touched a star in my dream last night,
Woke up much to soon.
To touch ten million trillion stars
I’d have to sleep till June.
I’ll visit the Moon and Mars tonight.
Check if they’re blue and red.
Pluto is too fat to reach
unless I leave my bed.
I’ll take six leaps from the sun,
skate on Saturns rings.
Fly to Uranus – just for fun.
with imaginary wings.

(I TOUCHED A STAR IN MY DREAM LAST NIGHT)

And if our imaginary wings are illusions like the rainbows in our minds, we can still fly with them because journeying into mystery can be compelling – and fun.  Just like the rainbows that we discern in the sky are illusions – optical ones that don’t really exist in the places we see them – so are our internal, visual, fantastical ones. The center of a rainbow which is opposite to the sun is an imaginary point, and the centrality of our whimsy, is an imaginary point, too, from which we might try to reach our own make-believe sun or the moon or the stars –  or Uranus – just for fun.

If we seek and recognize rainbows, we have more chance of finding them in dewdrops, in mist, in the sky  and in our own internal rays of color that reflect back towards ourselves and others. Who wouldn’t rather meet a rainbow reflecting rays of cheer, than a brooding, belligerent, bellicose cloud, casting menace and fear? So be on the lookout for the rainbows of your mind – especially when lost in ponderthought! (THE WORLD OF GLIMPSE)

Lost in ponderthought, he never noticed the raindrops that had begun to fall,
twistlanding softly on him.
Nor did he notice the rainbow, which stretched-arched over Glimpse,
shimmering
red, orange, yellow, blue, indigo
and violet ribbons
over Jumpaloon Mountains
and onto the Lake of Imaginings.