THE VELOCITY OF CURIOSITY 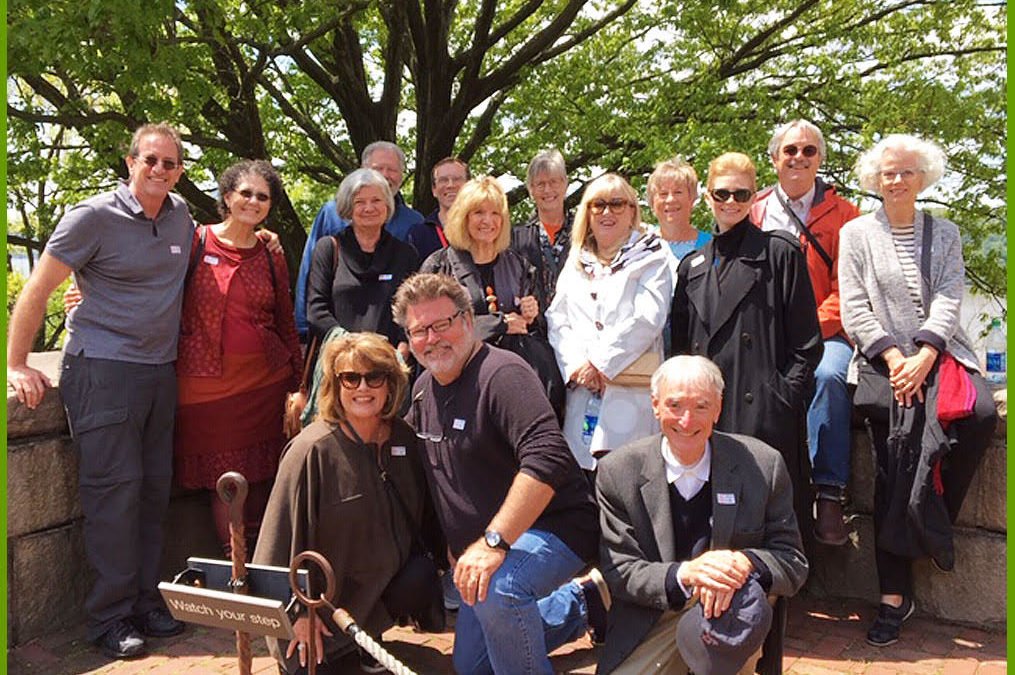 When we try to pick out anything by itself, we find it hitched to everything else in the Universe.

To the Spirit of the Senses Come the Curious

In a previous blog in November of 2018 which followed three days of Spirit of the Senses salons in New York, spent with experts in disparate yet connected fields, I wrote: “I think that a large part of my creativity is driven by curiosity. What will an idea that might have flashed quite suddenly through my mind, become? What can I do with it? Where does it belong? Can I make it fit?” I also asked, “So how does a new idea connect to what I do – writing and painting – or does it have to?”

My response to my own question was “A love of learning about many things need not be purposeful, just highly enjoyable and stimulating. I constantly receive much inspiration and intellectual stimulation from an organization said to be a “national treasure” that has been in existence for about 36 years in the Phoenix, Arizona area: The Spirit of the Senses. This is undoubtedly, an organization for the curious of mind. Not only are there 12 thought-provoking salons in the Phoenix area each month from which you can choose, but, bi-annually, the Spirit of the Senses also conducts salons outside of Phoenix.”

It is now May 2019 and I have just returned from attending another 3 days of the Spirit of the Senses salons in New York, once more spent with impressively informed experts in their fields. Again, I absorbed and integrated – I hope –  marvelous additional knowledge and thoughts about the importance of the 3 C’s: Curiosity, Connectivity and Creativity.

I also thought about the Velocity of Curiosity: the more you know, the more furnished your mind becomes and the more agile you are at making speedy-but-relevant connections. You absorb knowledge with growing proficiency and are better able to know that information without intuition is dead; it is simply unconnected details. Your own intuitive interpretation comes to the fore as you differentiate the relevant from the trivial. You separate the “bits” as Isaac Asimov called irrelevant details from what is pertinent – what connections work.

And the speedier becomes your intuitive connectivity; Curiosity is the starting point for the Velocity of your thoughts and insights.

So, on May 8th, 2019, we started off at The Cloisters with a talk and guided tour by Markus Cruse PhD, a historian of Medieval art, literature, languages, and history. What a brilliantly furnished mind he has! The Met Cloisters is a branch of the Metropolitan Museum of Art on the Hudson River devoted to the art and architecture of Medieval Europe, with among its artifacts and architectural treasures, gardens planted according to medieval treatises.

Markus Cruse informed us in depth about the history of the Cloisters, Medieval history, all his fascinating discussions unfolding in this unique tranquil and timeless environment in upper Manhattan, New York! He introduced us to the collection of the seven huge Unicorn Tapestries on permanent display at the Cloisters which are known as “The Hunt of the Unicorn”. They are breathtaking! No wonder that they are considered to be among the greatest artworks in existence. Amazingly, from chemical analysis, it was discovered that only three dye plants were used to create these threads which are still luminous – madder (red), woad (blue), and weld (yellow).

More marvelous salons followed The Cloisters and more fascinating information followed, challenging and increasing our proficiency at absorbing knowledge by incorporating our own intuitive interpretations. We met with Alice Robb , a columnist for New York’s Science of Us and the author of “Why we Dream: The Transformative Power of Our Nightly Journey“. And that was a journey for us into the power of dreams.  The backdrop was Jeanne Greenberg’s Salon 94 – a dream of an art gallery!

A huge treat was our visit with Colm Toibin, who lives in Dublin and New York City and is the author of nine novels, two story collections, eight non-fiction books, and two plays. His book, “Brooklyn” was made into an Academy Award nominated major motion picture, He has been short-listed for the Booker Prize three times. How generously, honestly and profoundly, Colm Toibin shared his thoughts about his writing and creative processes! To add to the magic of that morning was the home/studio of the fabulous artist, Will Cotton. And adding to the connectivity of our experiences at The Cloisters, was one of Cotton’s paintings featuring a unicorn!

Another treat that afternoon was our meeting at the non profit Center for Art and Law in Brooklyn with with its Founder and Managing Director Irina Tarsis and it’s Executive Director Louise Carron. Their discussions about the legal issues from restitution of looted art, protection of cultural heritage, copyrights, fakes and forgeries, blockchain and artificial intelligence was fascinating! Once again, I left their headquarters with a good deal of increased knowledge and a curiosity to find out more. So I have subscribed to their newsletter which will be a good start.

The last day of the New York salons began in the amazing (for want of a better word because I was truly amazed) and surprising Science House of Rita J. King and James Jorasch who hosted the editor of The New York Times Book Review, Pamela Paul. She oversees book coverage at The Times and is the author of five books including My Life with Bob: Flawed Heroine Keeps Book of Books, Plot Ensues. Pamela Paul epitomizes Velocity of Curiosity and a Furnished Mind.

And then onto New York University and a meeting with another remarkably “furnished mind”, the impressively well-thought-out Jonathan Haidt, PhD who is the Thomas Cooley professor of Ethical Leadership, Stem School of business, NYU. He is the author of The Righteous Mind, The Happiness Hypothesis, and co-author of The Coddling of the American Mind. And our minds were much extended by his very interesting observations.

Back to the Spirit of the Senses, Phoenix, Come the Curious

The New York salons ended at Christies with Caitlin Foreht leading a discussion on the Post War and Contemporary Art Auction, the art market, and auction process. My curiosity remains at its peak but I am thankful that now back in Phoenix, I will continue attending Thomas Houlon and Patty Barnes‘ Spirit of the Senses and will be constantly provided with valuable sources of enlightenment! (CONVERSATIONS ABOUT CREATIVITY) because I (like many of you) have:

a circumrotating head
which spins round
collecting information,
of my surroundings
in any location
this location, that location…