The World of Glimpse: Now an Audiobook! 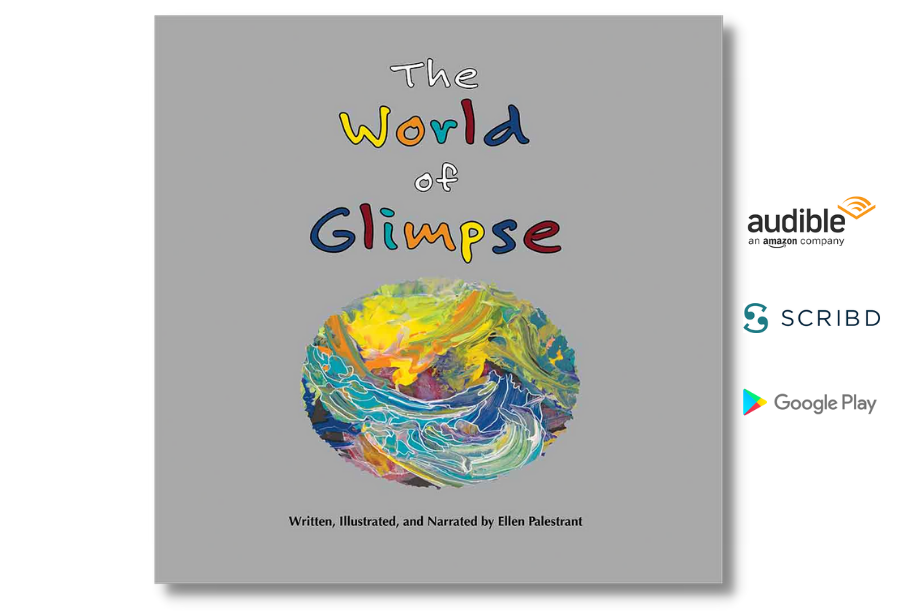 Every production of an artist should be the expression of an adventure of his soul.
W. Somerset Maugham

I enjoy receiving my creative stimuli and satisfaction from different mediums and modes of creativity – painting, drawing, prose, poetry and now, producing and, also, the narrating of The World of Glimpse audiobook. Each creative project has requirements of its own, each presents its own challenges, and each cohabits well with different forms of expression. Indeed, each new creative enterprise is a new adventure.

Just as I am deeply-rooted and endurably ensconced in my own real life, so did I take up permanent residence in a world of my own creation – The World of Glimpse which now has a number of siblings, all irrevocably connected to one another, yet, all entirely independent works: A hard cover coffee table book, a paperback, an e-book, a collection of paintings and prints and now an audiobook. Each is its own independent work that exists as both an individual entity and, also, as part of The World of Glimpse Collection.

The audiobook is available now through Audible, Scribd, Audiobooks and Google Play to name a few, and in the very near future, will be available on over 30 audio book platforms.

I loved recording the audiobook version, largely because of its theatrical potential, music and sound effects and the challenge of a different created form with its own requirements. Audiobooks are in demand, and certainly, increasingly so in the United States and elsewhere since the pandemic. Furthermore, we, in the US, are a nation of multitaskers and therefore, it suits many of us to listen to our books while exercising, creating, doing house or office work, or simply, putting our feet up and relaxing. What a great way to either listen to or to tell a story!

The audiobook had its genesis in “talking books” which were originally designed for blind readers in the 1930s as recordings of books being read aloud. They then became audiocassettes, CD-ROMS and now, because of the advances in mobile technologies and the advent of internet speeds, there are many delivery systems for listening to a large variety of books. It’s thanks to Thomas A. Edison who invented the phonograph in 1877 and thus made the conveyance of spoken words possible for listeners worldwide. As Edison said: “The value of an idea lies in the using of it.” And I for one, love using it!

Enjoy an excerpt below. Just click the play arrow: