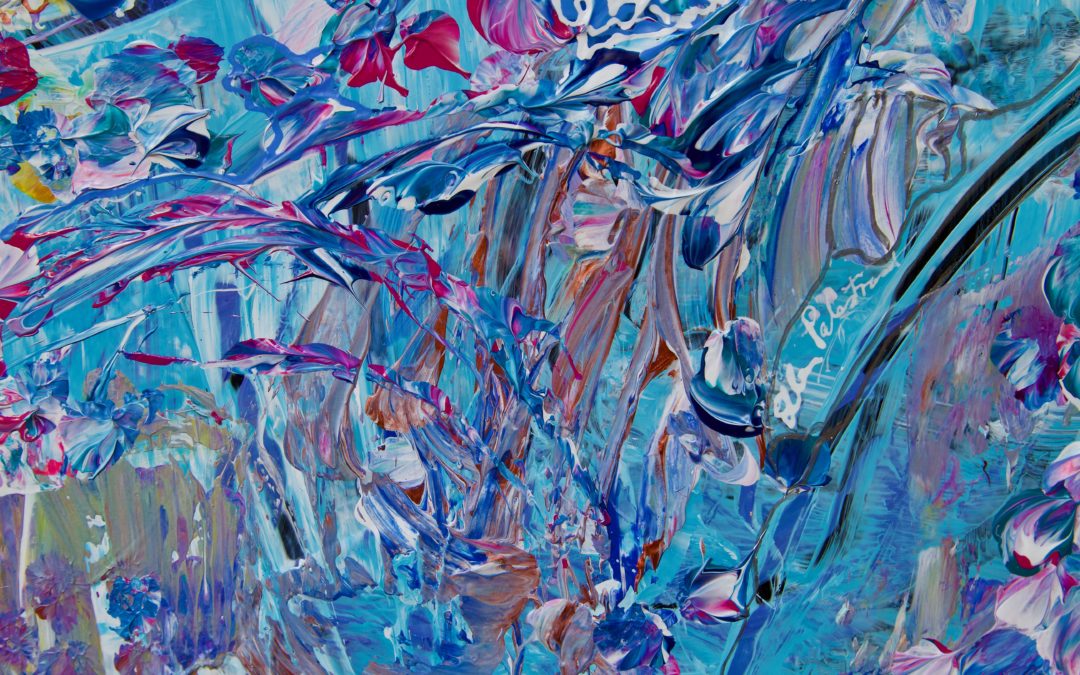 The deeper the blue becomes, the more strongly it calls man towards the infinite.

Without a dream in my heart

Without a love of my own.

Yet, historically, the color blue has been associated with cheerlessness, dreariness and melancholia – with blue moods. Between the years 1901 and 1904, Pablo Picasso painted large monochromatic paintings with shades of blue that were somber. This was his blue period when in fact he was depressed and his artistic endeavors focused on human misery – similar to the emotions and reflections on circumstances of the blues in music which referenced loneliness, misfortune, regret  – but also intentions of overcoming. “I never felt more like singin’ the blues” (Singing the Blues written by Melvin Endsley) .

The color blue is however uplifting as well and could make one not “feel much like singing the blues”. The blue color of oceans and skies suggesting infinity, can arise in one a feeling of promise and wonder. “Whenever I gaze up at the moon,” astronaut Buzz Aldrin said, “ I feel like I’m on a time machine. I am back to that precious pinpoint of time, standing on the foreboding – yet beautiful – Sea of Tranquility. I could see our shining blue planet Earth poised in the darkness of space.”

Unlike painters of the past who did not have the large selection of blue paints from which to choose, artists today have an abundance of choices that have been manufactured for their use. In the past, because few blue pigments are found in nature and were therefore very costly especially when derived from semi-precious stones such as lapis lazuli and ultramarine, artists had to use their materials sparingly – and blue was a color for the wealthy – and for the spiritual.

In the 18th Century, because Prussian Blue, cobalt blue, cerulean blue and synthetic ultramarine had begun to be used by pigment manufacturers, there was somewhat less scarcity. There is an abundance of blue in nature but strangely not in vegetables and fruit. I can think only of eggplant, blue corn, blueberries and blue grapes and more blue edible flowers – Blue Pansy, the Blue Iris, Delphinium, Periwinkle, Forget-Me-Not, Morning Glory, Agapantha, Hydrangea, Thistle, Larkspur and the edible Blue Rose Flower.   And then there are birds which are blue such as the Bluebird with their small rounded heads, plump bodies and vivid blue feathers. But are bluebirds really blue or is that color that we observe on them caused by an interaction of the light waves on the feathers? We might perceive them as blue, yet a blue feather can look gray under an ultraviolet light. Bluebirds are a symbol for happiness and the inspiration for the beautiful song “Bluebird of Happiness” composed by Sandor Harmati with words and lyrics by Edward Heyman and Harry Parr-Davies:

Till you find a bluebird of happiness

You will find greater peace of mind.

Peace of mind? I know where I inevitably find mine: I am catapulted into that state of being the minute I enter my studio and begin to play with my many-colored paints and search for just the right hue – maybe for the perfect blues for capturing nature, the ocean and the skies.

I will do water – beautiful blue water.