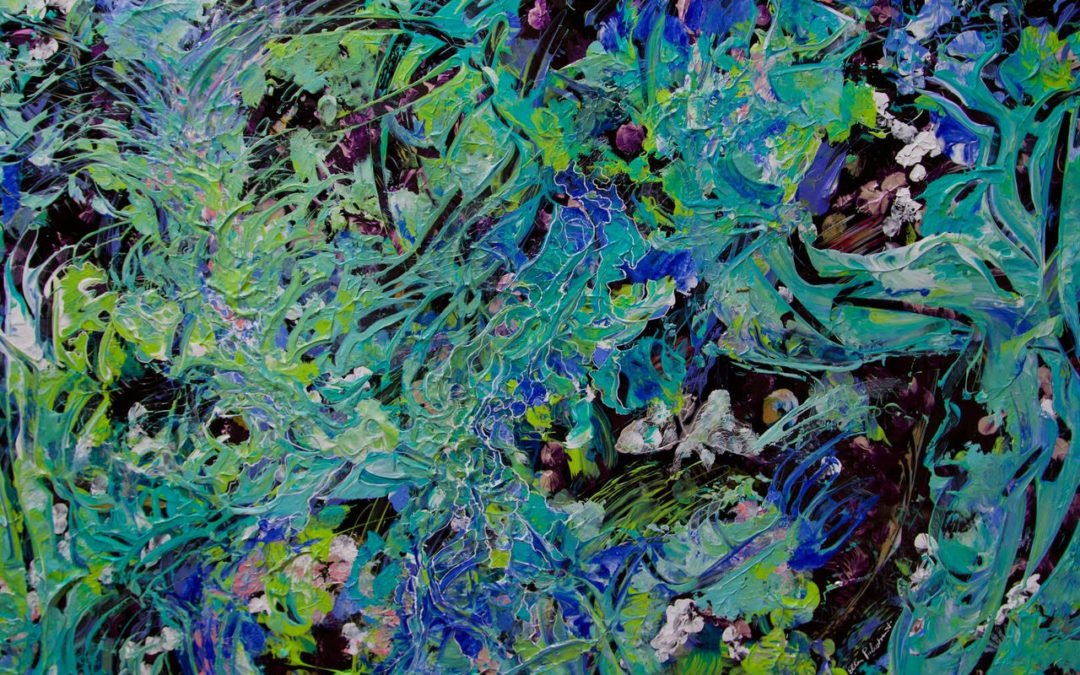 You ain’t never been blue,
Till you’ve had that mood indigo.
That feelin’ goes stealin’ down to my shoes
While I just sit here and sigh, “Go ‘long blues”.

Ever since I was a child, I have loved words. For me, they are emotive not just because of their meaning, but also because of their shapes and intrinsic musicality. Some words dance across a page or in my head and often inspire me to explore them further in poetry or in prose, or explore their evocations in a painting. What is the meaning behind them? Are these words happy, excited, encouraging, miserable, punitive, scathing or abrupt – intentionally halting any invitation to continue a conversation or a thought? Or, preferably, do they flow fluently and effortlessly, converging and mingling wonderfully with the other words in their sphere of thought? Are they melodic? Are they rhythmic?

Sometimes in my quest for a precision of meaning, I am inspired to create entirely new words that amplify exactly what I mean, feel or have experienced in the past.  An example is my word moodprint – which in my Glimpsary (also an invented word) in THE WORLD OF GLIMPSE has this explanation:

And my moodprints are not only influenced by the dullness or the brightness of a color, but also, quite often, by the musicality of the sound of a word – and its meaning. I like to invent words – for meaning and feeling – for the concepts the words represent and for the joy of their sounds. Think about words that invite lyrics and melodies: radicchio … indigo … pistachio … Michaelangelo.

Take the word indigo: Not only do I think it is an enigmatic color (isn’t it really blue?) but also, its three syllables make an aesthetically pleasing sound. Other people must have thought so, too. The lyrics of many songs contain the word indigo. An example is the song “Mood Indigo” which has evolved from its 1930’s roots into many musical interpretations.

Isaac Newton might have had an affinity for the sound of indigo – the color of the dye from the indigo plant, a name to which he gave a specific color in 1672. Combined with his affinity for its sound, he might have responded also, favorably, to a deep blue and violet color that he perceived in the spectrum to which he had originally given five main colors: red, yellow, green, blue and violet. Later, he included orange and indigo, thus giving the rainbow seven main colors like the number of notes in a musical scale.

Yes, I like the sound of the word “indigo” – and do associate that color of that ancient plant which was grown in the Indus Valley some 5000 years ago with the rainbow – even though it is somewhat indistinguishable from blue. This old-new color which  for hundreds of years had as a dye, been extracted from the leaves of the Indigefera before being left to dry as cakes of blue-gold  or beans of dye, is now produced synthetically.

The indigo blue of blue-collar workers  (white collars showed too much dirt) and the indigo dye used in the original blue jeans – the Levi’s – bridge the history of its production and for me, lives on in my art and in THE WORLD OF GLIMPSE as Gumptious-indigo – together with Justgimious-red, Farfetch-orange, Perceptilly-yellow, Zippity-blue and Gregarious-violet.