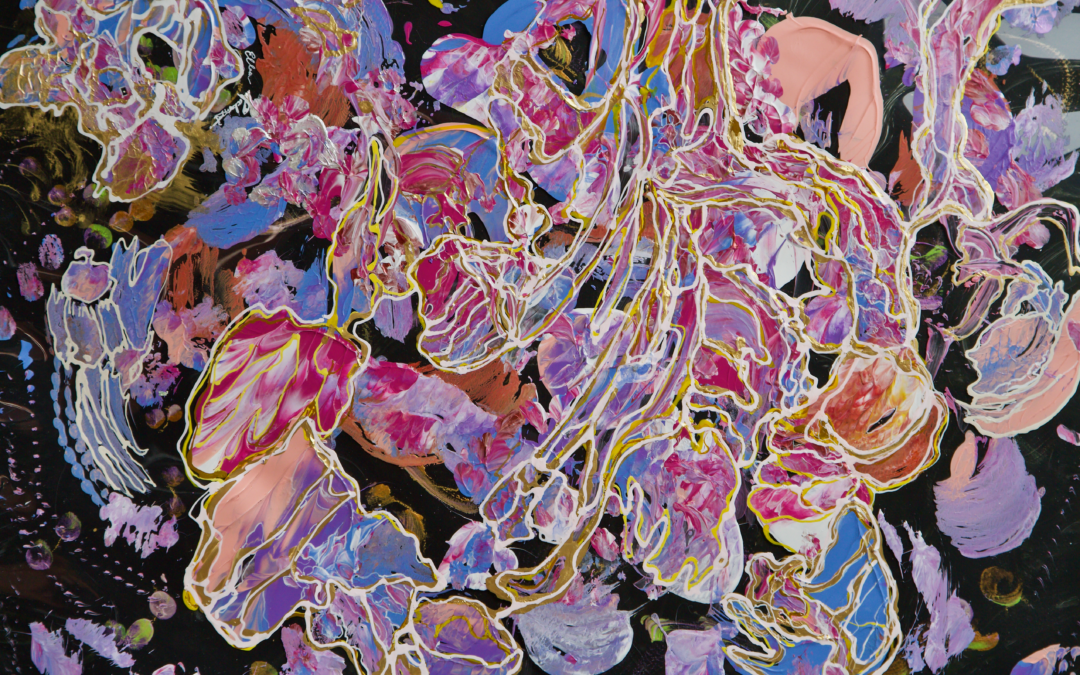 When I am king, dilly dilly, you shall be my queen:

Lavender and Lilac – two very similar colors but also different: Lavender is a clear violet – more on the blue side than the red – while Lilac has a pale violet shade. Therefore, if I wanted the color lavender in my painting, I would use quite a bit of white – Zinc White – with a little blue-violet. I could also use Ultramarine Blue, which is a blue close to violet. With the right white and the right blue, I will get closer to the right hue. It really is about achieving the color that feels right.

Now, if I wanted to get close to the color of the Lilac flower itself, I might use a little Magenta or Primary Red to achieve something touching on a pink hue and in so doing, capture the light or the muted purple-pink and white of the flowers. I might add some pale yellow because lilacs come in that shade, too. I might choose also, to include a touch of burgundy, another  shade of  lilac flowers.

Finding just the right hue is really up to you – or me. As an artist, I have a great deal of freedom – a freedom that can allow in the painting, a large spectrum of light colors in lavender  – from purples to blues, pale pinks and grays in medium and light tones.

Lavender, Lilac and Violet are soft mood colors and evoke a certain amount of sentimentality conducive in fact, to musical renditions including both their names and images of their soft colors. You can feel their mood in Monet’s “The Artist’s Garden at Giverny” which is replete with violet, lilac and lavender hues. Incidentally, there have been many versions of the song Lavender’s Blue, some of which have been sung by performers such as Burl Ives, Dinah Shore, David Bowie, to name but a few. The origins of the song dates back to the 17th Century under the name Diddle Diddle.

So when you “Think Lavender and Lilac”, what images come to your mind or what poems or songs are you stimulated to create? Which season of the year do you associate with lavender and lilac? Why are these colors so evocative? Why have they sparked so much creativity in others over the years? Green Grows the Lilacs, all Sparkling with Dew” originated in the 17th Century while Walt Whitman’s  poem, “When Lilacs Last in the Doorway Bloom’d” was written about two hundred years later.

Lilacs, because of their very early seasonal blooming, symbolize spring and renewal. In ancient Greek mythology, the god of the forests, Pan, was in love with Syringa, a nymph, who, because of his pursuit of her, turned herself into a lilac shrub.  Cleopatra on the other hand, is said to have worn lavender scent to seduce Julius Caesar and Marc Antony.

Lavender, it would appear, is even good for toes – at least according to Aunt Jobiska…

The Pobble who has no toes

Had once as many as we:

When they said “Some day you may lose them all”,

And his Aunt Jobiska made him drink

For she said The World in general knows

There’s nothing so good for a Pobble’s toes!”

(The Pobble Who Had No Toes by Edward Lear)