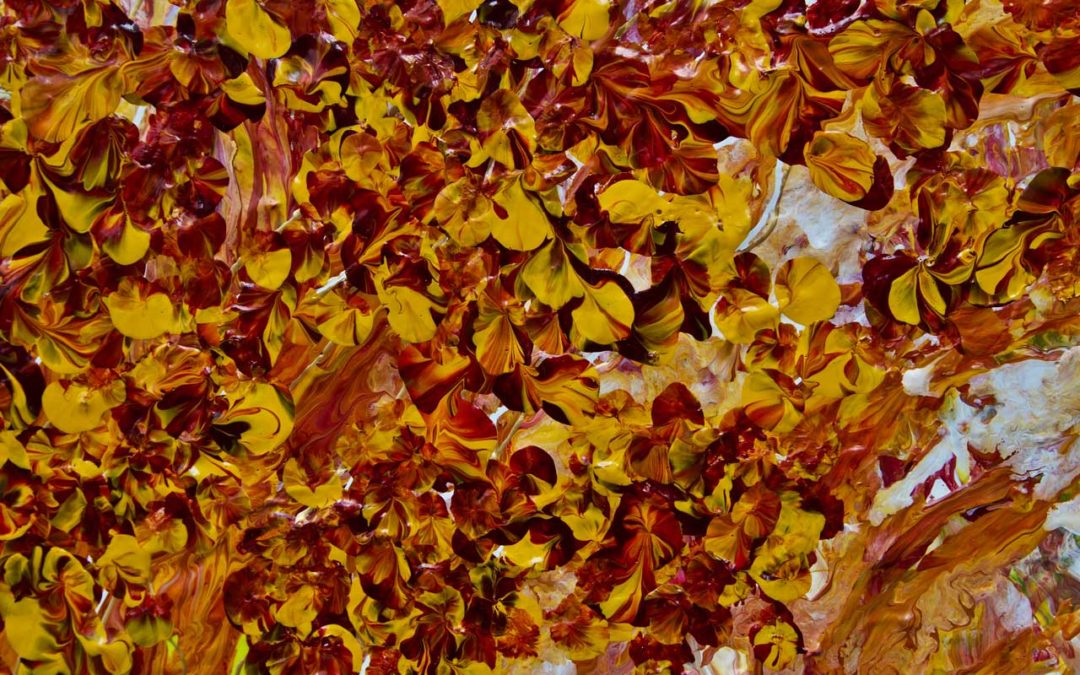 Say “red”… and there are fifty people listening, it can be expected that there will be fifty reds in their minds, And one can be sure that all these reds will be different.
Josef Albers

Red is a primary color. If you combine it with yellow, you get orange, with white – pink, with blue – purple and with green – brown. There are so many different kinds of red, so many shades of that color, each one differing slightly or even greatly.

Because we have the word “red” to describe that color, it affects the way we see it. We move into the given label and often fail to see the distinctive nuances of the color upon which we have set our gaze. We might not entirely perceive the differences in Vermillion, Red Ochre, Rose Madder, Carmine Lake, Cadmium Red, Mars Red, Alizarin Crimson, Quinacridone Red and Quinacridone Magenta – I could fill a page or more with the many different hues of reds – if I were really that well-red! Okay – well-read.

Red is not a modest color; it is wonderfully…

And Dashing, Dazzling and Dangerous.

Red wants to be noticed and it is! Art painted with red stands out and has impact. Red has been used by artists seemingly forever. In fact, they used the color even in prehistoric times. Red, an important color in China, can be seen on black and lead pottery dating all the way back to 5000 and 3000 BC. The tomb of King Tut in Egypt has red within its colors. Artists continued to relish the color. Van Gogh used Red Leaf and Matisse, Cardmium – among other colors of red.

In some Asian cultures, red is a symbol of joy and good fortune. It is the color of aristocracy and clergy including the Catholic Church. The use of it in various cultures dates back to the oldest form of red from clay – the color of which comes from its mineral hematite. Red has its place in virtually all social activity from life events to commerce and advertising. It is indeed entrenched in our consciousness.

Colors are not definites though, simply fixed in time or place. Take the gem stone ruby, the color of which, really depends on the light in which it is being viewed – natural, artificial or the ultraviolet rays of direct sunlight all of which stimulate its fluorescence – and therefore, it can be fiery red, purple, violet and pink and then become known as Pink or Violet Sapphires – rather than red.

To Justgimious however, of THE WORLD OF GLIMPSE, the color red is a definite and nothing that he has written in that color could ever be changed. Red is prominent in his:

the repository for all Glimpsible information. This is where every Glimpsible learned …

nine-hundred and ninety-nine of

each fact, indelibly leaded by Fred – in sparkling red – into its cavernous foundations.

I use red paint – all hues of that emotive, eye-catching color – in my paintings because I enjoy its…