WITHIN YOUR IMAGINATION, GARDENS BLOOM 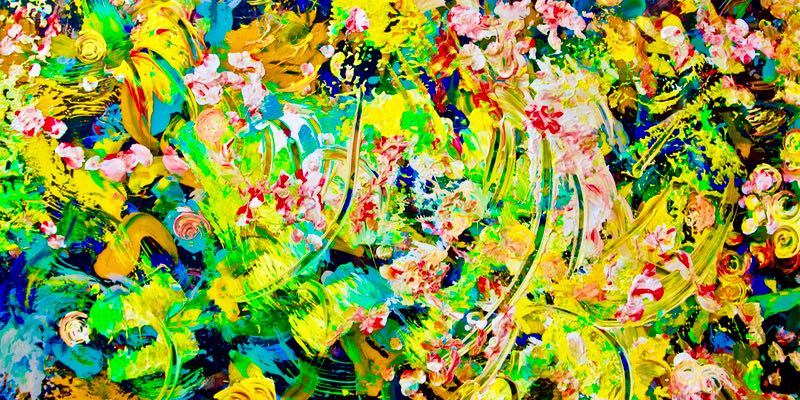 In search of my mother’s garden, I found my own.

Gardens of varied and vivid color reside within my head – as they do in yours. If you nourish and trust them – and encourage them to bloom, you will be delighted with what emerges, whether created from direct stimuli, or, as in my case, the merging of present and past experiences – and my own imaginative machinations – and whatever mysterious else…

Cinematographer and Photographer Eric Cosh recently photographed my latest series of paintings which I call, WITHIN YOUR IMAGINATION, GARDENS BLOOM. The painting, like most of my work, had emerged from the swirling glimpses of imaginative, creative possibilities in my head. By taking your dream world seriously, you, too, can embark “on a journey into the unclear and difficult-to-explain areas of your minds”… into “the unity of both the conscious and subconscious.” (HAVE YOU EVER HAD A HUNCH? The Importance of Creative Thinking) 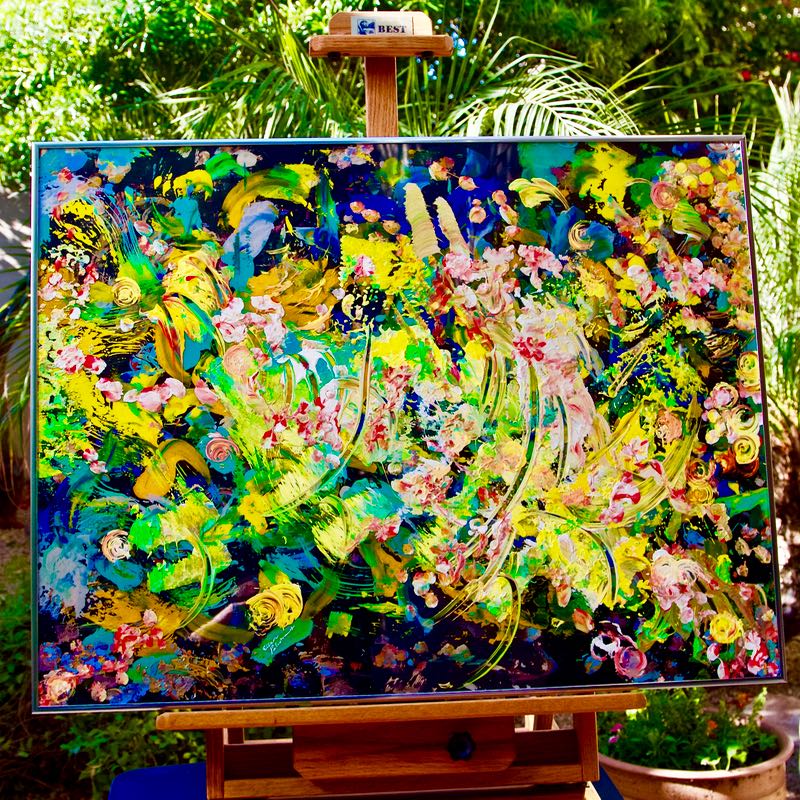 Our Gardens of Imagination germinate and bloom in different ways and at different stages of our lives: Monet in the 1890’s, started to build a large flower and water-garden for himself at his home in Giverny and as it bloomed, he “soon came to see its pictorial possibilities.” (John House in his book, Monet).  Monet had once said: “What I need most of all are flowers, always, always.” So after traveling to many places in the world, he found that his garden was indeed, a fertile source for his imagination – for his immense creative output during the last years of his life, including the hundreds of paintings of his water lily pond in his garden at Giverny.

From his studio in Jerusalem which he calls Monet Hill, artist/writer Maurice Kahn creates intricate, marvelous pencil and carbon drawings as well as his serigraphs and other works, with themes which include natural garden backgrounds and foregrounds. The titles include “Aquatic Fantasy,” “Evolution,” and “Kiss in a Primeval Forest.” Paleobotanist John Anderson, between his work on Towards Gondwana Alive: promoting biodiversity & stemming the Sixth Extinction, nurtures and photographs his beautiful Amphitheater Garden in Pretoria, South Africa.

An abundance of garden ideas germinate in writer and poet Juanita Havill‘s imagination. With more than forty published books, the gardens in her imagination can be experienced in her evocatively poetic works such as I Heard It from Alice Zucchini: Poems About the Garden. “The doodle grows into a big round sunflower with petals shooting out like sunbeams around a sunflower face,” she says in Grow: A Novel in Verse.

Jill D. Glenn‘s In The Garden Of Dreams, a personal, thoughtful and beautiful anthology of her poems, reflections, and art, ends with a painting called Dreamscape Lit from Within and hopes you, too, will enter your own personal and bountiful dreamscapes and dream-gardens. “Wishing you radiant dreams…in your garden of dreams,” she says.


I will end with my dreams and observations of vegevariation from my chapter titled Punctilious Itemization in THE WORLD OF GLIMPSE:

Observe the fluted-florets with their slender, cylindrical flowers, which,

make exquisite sounds in the wind.

They are members of the Lunaberry Forest Orchestra.

can you see them?

They whirl in the wind while singing with crystal-clarity.

There is the Wandering Rootabout,

a nomadic plant that can root and uproot whenever it wishes.

It’s the resident dancer of the orchestra…